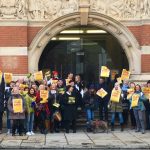 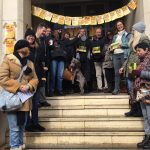 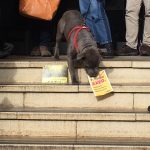 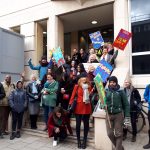 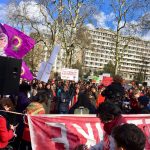 This week our branch continued with a really strong showing on the pickets, and had some a major success that made national news. It has been quite an inspiring week (and previous 3 months) to be part of City UCU, particularly since we are in the 3rd week of action, and there has been a bit of strike fatigue.

Fresh from a weekend of rest (hopefully because members were keeping to ASOS and keeping the weekends for themselves rather than for work) we kicked off on Monday with a strong united set of pickets, including a few pooches on the picket, followed by a fully vegan lunch in the Blacksmith & Toffemaker (https://www.theblacksmithandthetoffeemaker.co.uk/) provided by the branch. We had a quick branch meeting where we discussed ideas for the escalating of action, which the committee then reported by to HQ. In the evening Rebecca and I then went to Finsbury Park Mosque to speak at the Stand up to Racism event (http://www.standuptoracism.org.uk/), where they very kindly did a collection and gave us donation to the hardship fund. For those interested there is a national demo on Saturday 17 March (details http://www.standuptoracism.org.uk/march-racism-un-anti-racism-day-saturday-17-march-2018/).

Tuesday saw Vince Cable refuse to cross the picket to attend an event at Cass Business School after some quick mobilisation from members who tweeted him directly, while a small group were poised at Bunhill Row ready to hand him strike materials if he did still cross. This was all kept hush hush to ensure management didn’t get wind of our plans and change venues last minute, and it was thanks our members quick fingers that he cancelled, and it even got a mention in The Guardian https://www.theguardian.com/uk-news/2018/mar/06/oxford-university-blocks-challenge-to-staff-pension-cuts-proposals-universities-strike. That afternoon we returned to the Sekforde Arms for our Second Teach-Out, organised by Dr Claire Marris (Senior Lecturer, Centre for Food Policy), where we sheltered from the cold, learnt about festival Welfare and drug policy, Brexit and the impact on food, resistance and global justice, surveillance of education, food sovereignty in the Czech Republic and art to encourage social change, and had our Regional Officer give a rousing speech about UUK being on the back foot.

Wednesday afternoon there was poster making in preparation for the Women’s Strike event on Thursday, and the Three Corners community centre near Spa Fields kindly let a few members use the venue for free. http://www.3corners.org.uk/

Thursday saw Dr Grietje Baars (Lecturer, City Law School) organise a Teach Out themed around International Women’s Day with topics on intersectionality, Mothers behaving badly, Social Media as a tool for feminist action, and on the Yarl’s Wood hunger strike. The group then walked to Myddelton Street Building to picket an IWD event that was still taking place before marching on to Russel Square to join the Women Strike demo https://womenstrike.org.uk/.

It has been really refreshing and inspiring seeing the branch not only become more active, but also more political in its action. There is definitely a change in the air, and other Trade Unions are really inspired by UCU’s action, particularly after the aggressive Trade Union Bill. We can, and we will win. ONWARD TO VICTORY COMRADES.

What you can do to help

City UCU members, will be taking action to defend our pensions, alongside UCU members at 61 other institutions.

It is estimated that members will lose up to £200,000 in pension benefits. For a typical lecturer that may be the difference between a pension of approximately £18,000 and £10,000 a year. See a fuller analysis by First Actuarial and use this webpage by Cambridge UCU to reveal how much you stand to lose.

The pension cuts being imposed on us by our employers, Universities UK (UUK), are unecessary – there is a huge ‘best estimate’ surplus in the USS, our pension scheme.

Further info is available from www.ucu.org.uk/strikeforuss.

If you have a question about what to do, please look at the detailed Strike and ASOS FAQ. If this doesn’t answer your question, please get in touch with the national UCU or contact City UCU.

The most important thing you can do in the days leading up to the action is talk to your colleagues. Together we are stronger. And you will feel more able to take action for all of us if you are doing this with your colleagues.

It is important that members’ anger is visible. So please join us on the picket lines on strike days. More information to follow soon. There will be a London-wide Demonstration on 28th February. And a Teach Out on Tuesday the 27th.

If you want to know more about what’s going on, please see the slide show we have produced. UCU USS Strike 2018 – What’s it about and also this video.

There is also a very helpful statement from City Students Union.

The scheduled strike days are listed below. On these days union members will not be involved in teaching or other work. This means that lectures, seminars, labs, office hours and other meetings are all likely to be cancelled. Anyone involved in strike action will not be paid and so will not be making up lost work on other times.

We value education and are committed to working with our fantastic City students. That means that UCU members will be available to meet and work with you before and after the strike. We hope that you understand that we do not want to damage your education. Rather, we believe that if universities impose this change it will lead to many of the best people leaving and the best new educators being discouraged from entering the sector. This will damage future generations of students.

Because we believe in the value of education and talking about ideas, we are organising a free Teach Out on Tuesday 27th February. It’s open to all. So come along!

Please email the University President and tell him that you want him to publicly call on UUK to return to negotiations. Other University leaders have done this and it is the best way to resolve this dispute quickly.

Some photos from the City UCU delegation to Congress 2017. A full report and record of all debates and votes is available at https://www.ucu.org.uk/Congress2017. 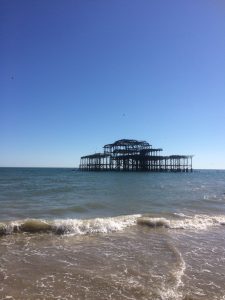 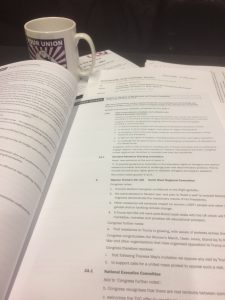 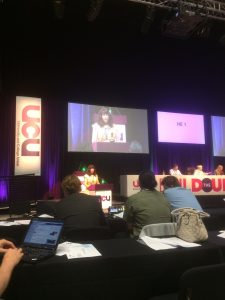 At each Annual General Meeting we elect the branch committee for the following year. We have several vacancies for 2017-18, and invite nominations for all positions. If you are interested in standing or would like to know what is involved, get in touch:

Please print a copy of the poster below for displaying in your work kitchen, office door, window, notice board, etc. 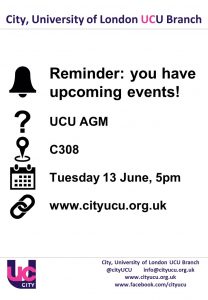 As you will have read in recent emails from UCU Head Office, the employers have issued their final offer on the 2017/18 pay round.

The branch invites you to attend one of two meetings next Tuesday 9th May, to discuss the pay claim, ask questions, and contribute to City UCU’s response to the UCU consultation on the offer.

Read about the specifics of the unions’ joint pay claim here.

Read the full text of the employers’ offer here.

The third and final timetabled negotiating meeting took place through JNCHES on 27 April and the national employers’ representatives UCEA made a final offer, which included an offer of base pay uplift of 1.7%, with higher increases for the lower paid. On other elements: 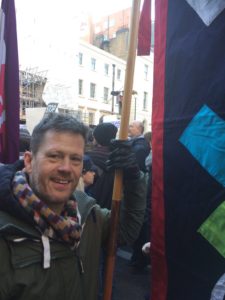 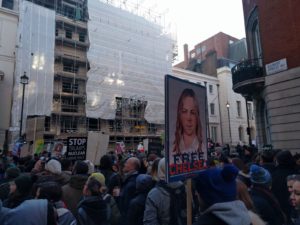 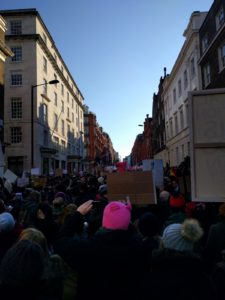 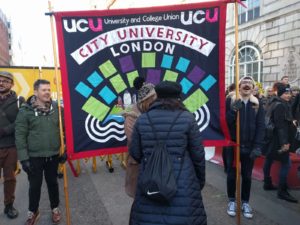 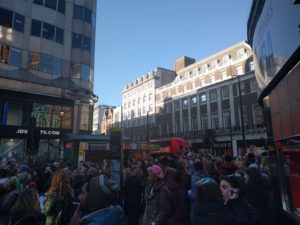 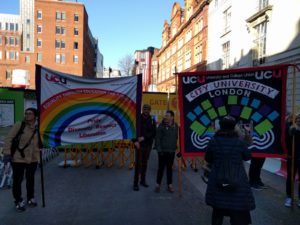 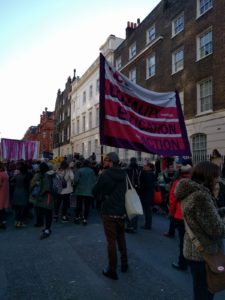 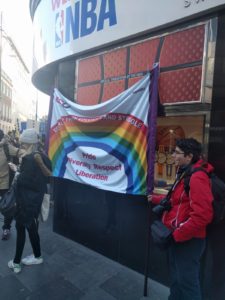 Were you on the march last Saturday? Do you have photos to share? We’d love to see them here or on our Facebook page. 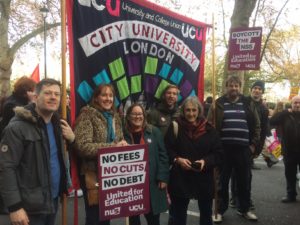 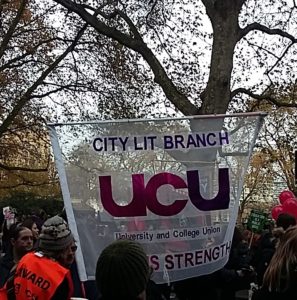 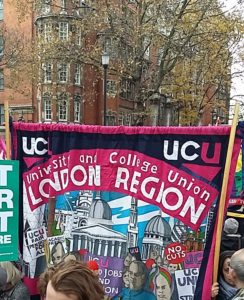 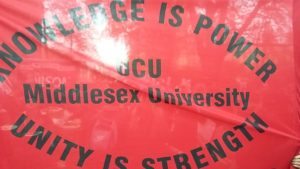 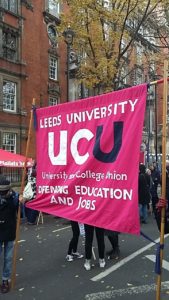 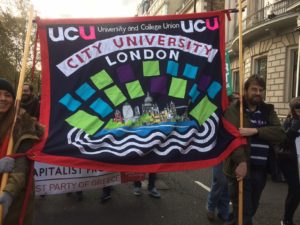 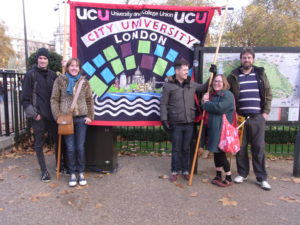 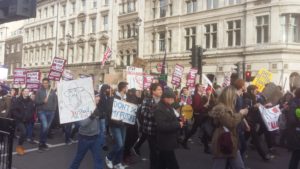 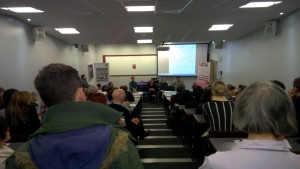 UCU have announced a consultative ballot to allow members to decide the way forward with the pay claim for 2016/17. As part of this ballot, we are being asked whether we think the employers’ current offer is sufficient, and whether further industrial action should be called.

You will have received an email from nreply@ucu.org.uk with a link to the online ballot on or around October 24th. It is vitally important that we all vote in this ballot.

We invite City UCU members to a meeting on Thursday 3rd November, 1-2pm in C304 to come together and discuss the consultative ballot and the way forward for the pay campaign. Speakers will talk on the context to the campaign, the very real threats to higher education in the UK, and members will have a chance to discuss and debate the options open to us in the ballot. If you’re coming to the meeting, tweet us or post up on Yammer.

With the passage of anti-trade union legislation through parliament, it is essential that we use this ballot to send a clear message to the employers. Please use your vote. Please come to the meeting.

As City joined the University of London, the UCU leafletted the launch event to remind staff that our accession should bring benefits for employees as well as students. Over the coming months we will be continuing to ask the same questions that we have been posing:

There are any number of comparisons to be made between terms and conditions at City and at other University of London institutions. The UCU branch wants to work with management and HR to ensure our staff get the best possible deal as a result of the accession. In this leaflet, we outlined some places where we can start. Do you know of any other areas we could be working with City management on?

At the AGM on 7th June, members of the City UCU branch elected their new branch committee members for 2016-17:

Congratulations to all committee members and branch officers on their election.